If you’re not familiar with Mike Maloney, consider this your introduction. He is a super well-credentialed economic analyst, who used to tour with Robert Kiyosaki, the author of Rich Dad Poor Dad.

This particular video is a warning meant for the general public, where he describes the current “everything bubble” in financial assets.

To receive the video series that will show you how to protect your income, click here.

Are you ready to build an online business that empowers you and your life?

His video series, the hidden secrets of money is a must watch and can be viewed by clicking here.

Mike Maloney began warning people of an upcoming stock market crash in 2005 and we all know what happened in 2008. His early warning indicators are flashing red again and he says that it’s time to get prepared for an ugly economic event.

He starts out by providing evidence of our stock market bubble. He points out that price to earnings ratios have only been this high at 2 other times in the last century, once in 1929 and in the year 2000. Both occasions led to market crashes and recessions. He points out that PE ratios are even higher than they were in late 2007, before the most recent stock market crash.

Mike then points out the level of margin debt, money being borrowed to invest in stocks, is higher than it has ever been. In addition, investors are more complacent and volatility is lower than in 2007, when consensus logic thought that everything would keep going up forever.

He says that margin debt as a percentage of our economy is also at an all time high, so when selling starts and positions lose value there will be margin calls. A margin call is when brokerage houses force those who are borrowing to deposit cash as collateral for their borrowed investment positions and few investors will have the cash, so they will be forced to sell the positions that they are borrowing, which will exacerbate downward pressure and cause panic selling.

He goes on to cite other evidence that shows the upward momentum of stock prices is beginning to see signs of exhaustion and is petering out.

Mike then turns to real estate and examines the real estate markets in Canada, Australia, New Zealand, and China, where prices kept rising in 2008 and beyond. Mortgage lenders in Canada are finally in financial trouble. The people they’ve lent money to can’t afford their payments so the Canadian government is bailing one out, just like Uncle Sam did for Countrywide in 2008.

He shows that the price of a Canadian home today, when compared to Canadian income, is far higher than it was in 2007 and significantly higher than it is today in the United States. He reminds us that globalization connects us all and that the situation will not stay isolated to Canada.

Mike then presents a chart that shows we are also experiencing a real estate bubble in the United States. He cites Robert Schiller’s research from Yale university that shows home prices have only been this expensive one other time, and that was in 2007.

He then moves on to show evidence of a bond bubble, or credit bubble. Interest rates have been on steady decline since 1981 and so bonds have been a phenomenal investment for many years.

When bond yields fall, bond prices rise. That’s really all you need to know and yields have been steadily falling for 36 years. They’ve even fallen past zero! Did you know that interest rates are actually negative in Japan, Denmark, Sweden, and Switzerland as of September 2018? Their central banks charge member banks money for keeping reserves on deposit and that means that banks can pass the negative interest rate onto depositors, and people might actually have to pay their banks for having funds in their bank accounts! The point is to stoke spending, so there’s tax revenue for governments.

There is nowhere for interest rates to go, but higher and that is bad news for economies that rely on growth to fund taxes and government spending that is well in excess of what it can afford.

He says that the worst designed out of all these global financial systems is the global dollar standard, the one we’re in now. Mike says that there are stress cracks appearing everywhere and people aren’t paying attention. A crisis is coming and after it wrecks everything world leaders will get together to come up with a new monetary system and that will likely equal a currency crisis.

Mike says that the crash that’s coming will not just be stocks, bonds, and real estate. It will also include many of the world’s major currencies.

What few people understand is that borrowing money is a bet AGAINST the currency being borrowed. Many borrowers know that tomorrow’s dollars are worth less than today’s dollars because inflation is engineered into the system, so the loan costs less if the value of what has to be paid back decreases.

If the value of everything is suddenly called into question, what has value?

My answer: Your skills and your ability to generate income.

Mike Maloney is a bullion dealer and owns goldsilver.com, and I happen to be one of his customers. So, he obviously feels that owning gold and silver is one of the best ways to protect yourself from recessions and depressions.

But, gold and silver don’t pay dividends or interest payments. They don’t produce income. Protecting the value of your assets is only part of the strategy. Protecting one’s cash flow is the other part.

Learning how to use the internet as a tool to support my family might be one of the best decisions I’ve ever made. When people are losing their jobs and no one is hiring, they will turn to the internet in search of ways to make money from home. Since I’m there first and ready to provide solutions for these people, I will profit from the certain trend that is coming.

Figure out the simplest way to protect your income. Maybe it’s a second job. Maybe it’s starting an online business. Whatever makes the most sense for you, do it now! Those who prepare for disaster weather the storm the best.

Hedge Fund Legend, Ray Dalio’s Outlook On The U.S. Economy For 2019 And Beyond

U.S. And Global Economic Forecast For 2019 And Beyond: David Stockman

This stuff can be depressing, so if you’re looking for a quick way to be in a better mood click here to see how Tony Robbins says to stop negative thinking. 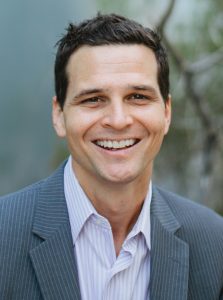 By submitting your application to join the SFM, you’ll gain immediate access to top coaches and daily live training webinars

Each webinar is recorded and shared with the community. Microsoft Lynda (Owned by LinkedIn) and DigitalMarketer (the world’s longest standing and most highly respected B2B and B2C digital education training company) have both partnered with the SFM and now offer their courses and services as part of different levels of SFM membership too! 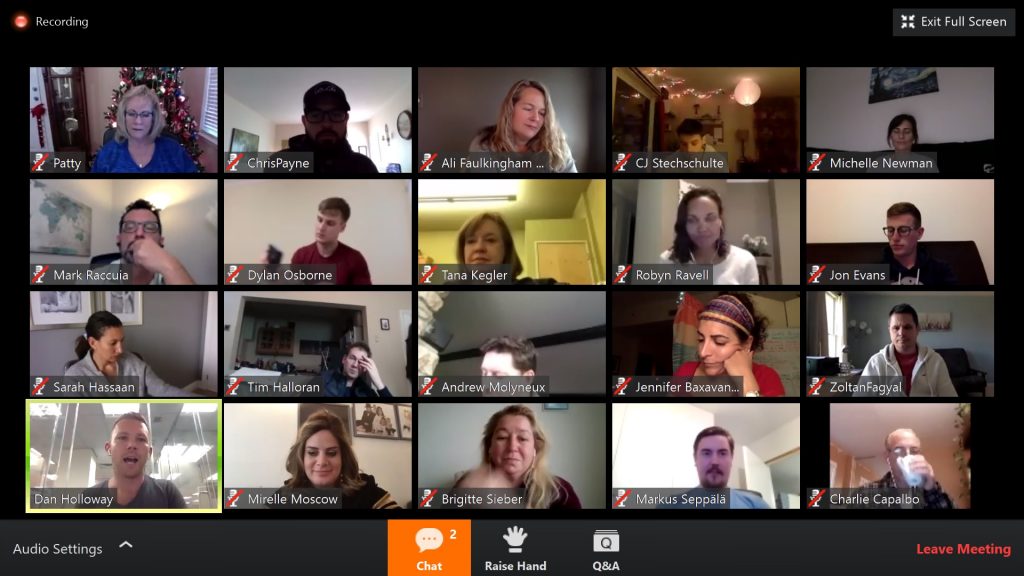 We focus on helping others break from their unfulfilling careers and lives, to take back control and become the best version of themselves. I believe in creating a spark that ignites the fire within others to confidently take action, so that they are inspired to become who they are meant to be. The result is time, financial and geographical freedom. 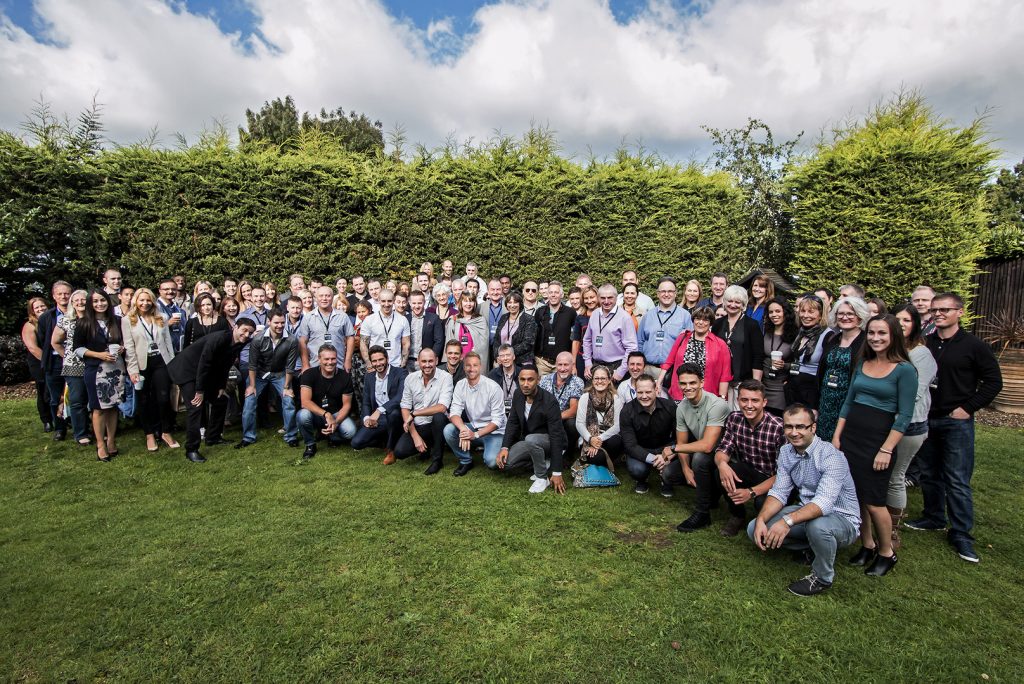 Our core value is this – we want to help anyone who has the courage to step out of the status quo (your financial security in the hands of an employer) and drive into creating life on their own terms. All you’ll need is a working computer, a decent internet connection and the commitment to learn the skills that will set you free. We help each other and if you’re hoping to find a community of people who can show you how to protect yourself from a stock market crash, the housing bubble and real estate crash, you’ve found it!

Most of our community members were working to build someone else’s business and someone else’s dreams, but decided that life is too short. We all had “a-ha” moments and decided to recreate our lives by starting online businesses in our spare time. Join us and protect your income!

“Welcome! I started my journey into the digital and entrepreneurial world with nothing more than perseverance, a laptop and a dream.

To date, I’ve created a multi-million dollar lifestyle business in the education and technology industry that I absolutely LOVE. My driving passion is sharing the know-how and mindset that lets others feel the same way.

The reason they call me The Freedom Entrepreneur is because I refused to accept the constraints of traditional employment. Having successfully found a better route, I’m committed to showing others how to live life on their own terms too.”

Stuart and his team have helped thousands of people who want to be self-employed from the comfort of their computers, but don’t know how. The SFM’s Digital Business System and community are one of the fastest ways to get you from where you are, to where you want to be.

Stuart talks about vision moments. My girls screamed with delight, as they touched snow for the very first time and like a light switch, I instantly realized that no job was worth missing my kids’ childhood and making quality memories together. That’s the vision that keeps me motivated. I’m putting the effort in now, so I have free time and extra money to make memories with my wife and kids for many years to come.

PRINCIPLE #2 INVEST IN YOURSELF

“Every day I make sure that in some capacity, I’m investing in myself. Unlike school, as a self-learner, you get to choose the areas you’re enthusiastic about and you get to choose the people that you’re learning from.” The most important investment I’ve ever made has been in me and my education, not a 401k. The return on your investment is the ability to earn income, no matter what the economy is doing.

PRINCIPLE #3 DO THE WORK

Find someone who has what you want and do what they did! Find someone who’s willing to teach, who’s been there and done what you’e looking to do, and follow their lead. I tried to build several online businesses early on, without a guide, and failed. Then I found the SFM and their guidance allowed me to succeed. It’s designed to help anyone go into business for themselves online.

If you don’t know your values, then it’s time to uncover and illuminate them. Then, everything else you do will be aligned with your values. I decided to make a change and learn the skills necessary to be self-employed online, so that I’m always available to make memories with my wife and kids. God, integrity, loyalty, having fun, and passion are a few other values I hold dear. What values drive your daily actions?

It’s your time to join a group of people who are completely changing their lives for the better. Are you ready to find out what the SFM community is all about?

Submitting your application comes with a 30 day money back guarantee. Feel free to check it out and if it’s not for you, get your money back by emailing support@thesfm.com.

© 2019 All Rights Reserved | Powered by Wordpress | Made with ❤ by Themely